Two thousand five hundred years ago, Siddharta Gautama penetrated reality under the Bodhi tree in present day northern India and became a Buddha, an ‘awakened’ or ‘enlightened’ one.

Through his deep insight into reality he destroyed his desire, hatred and ignorance, the chains that bound him to the round of rebirth (samsāra), and thus freed himself from all suffering, all stress, all unsatisfactoriness (dukkha).

Out of love for the world the Buddha decided to teach his way to liberation. When we speak of Buddhism today, we mean this teaching, the Dhamma.

During the 45 years in which the Buddha proclaimed the Dhamma, he received many followers. Those followers who in turn freed themselves from suffering, formed the Sangha, the noble order of disciples.

The Essence of Buddhism 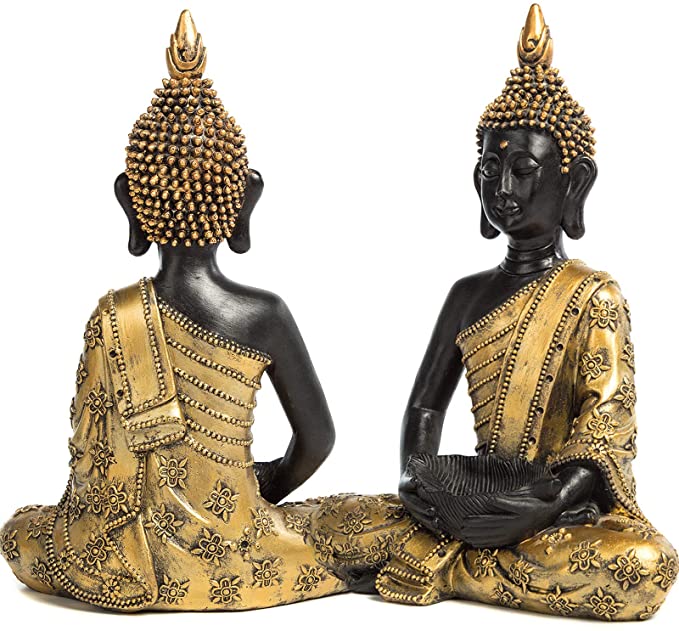 The word Dhamma has several meanings, such as ‘fundamental elements’, ‘reality’ and ‘universal law’. At the heart of Dhamma lie the Four Noble Truths.

Dukkha is usually translated as suffering because this is often the case from a human experiential perspective, but the essence of dukkha is that there is unsatisfactoriness in everything. We crave and cling to things full of desire in the hope that they make us happy. However, everything in the world is subject to change, is transient, and therefore cannot give the permanent satisfaction we seek.

This is the second truth, namely that the cause of this unsatisfactoriness is desire.

Desire stems from our ignorance of the true nature of things. The Buddha teaches that this ignorance can be destroyed through effort.

The third truth is that there is a state of being completely free from unsatisfactoriness by being free from desire, hatred and ignorance, better known as Nibbāna (Sanskrit: Nirvana).

Do you want to know more? Then read our extensive explanation in Fundamentals of Buddhism: the 4 Noble Truths. 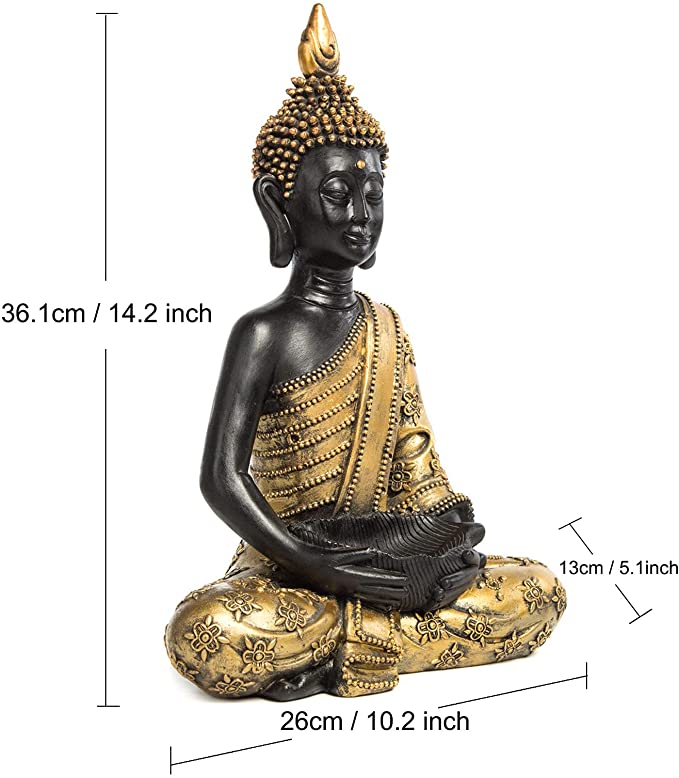 The three trainings form the core of the Buddhist path. In order to curb desire and ignorance, wisdom is needed. And the necessary condition for the emergence of wisdom is concentration (samadhi).

It is concentration that makes our mind calm, pure and powerful enough to observe reality as it really is.

An absolute condition for becoming concentrated is that we become aware of our morality and attach great importance to morally correct behavior (sīla). If we exhibit immoral behavior, it is impossible to get concentration

With wisdom you see, in the here and now, based on your own personal experience, the true nature of things. Then you can let go for lasting peace and contentment, for lasting happiness.

Buddhism is characterized by the emphasis placed on one’s own effort.

The Buddha Statue JIZHENG  points the way, but you have to walk the path yourself.

The path of patience and perseverance, of always trying to be mindful in all kindness towards yourself, so that concentration can strengthen and a foundation is created where liberating insight can manifest itself.

The path of meditation founded in moral behavior so that you become a safe haven for yourself and the world.

You are the only one who can walk this path, slowly but surely, step by step. No one else can do it for you.

Magnetic Wireless Charger - How to use and how they Work.